Frozen Sasquatch 2015 was the first race, as usual, on the calendar to start off a new year! Six of us would be traveling to Kanawha State Forest in Charleston to tackle the 50k. Each of us in our group has at least one 50k finish at this event. The weather is always a wild card as we have encountered ice, snow, and even a warm day that appeared to be spring like. This year it seemed that we would be running in chilly rain!
We drove down the night before and stayed with Jason's aunt and uncle who were very generous and welcoming. Early the next morning, we woke to crisp air, but pleasant running temps. We picked up our packets and started the race. As if on cue, the rain began to pour. The trails were wet, muddy, and sloppy from the start. Joe and I stayed together during the race and finished a little slower than we had hoped. Jason was already finished and cheering us on at the race headquarters. Jes was there, as well. She had been injured and decided to stop after one loop, completing the 25k distance. 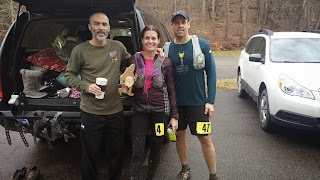 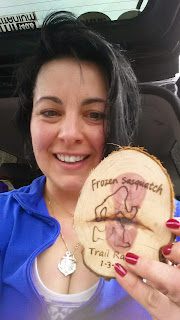 We were all changing and anticipating Shauna and Erica's finish. They would probably be finished in about 8 hours based on previous performances. We also thought it could be slower due to the muddy trail conditions.
We decided to wait in parking lot where you can see runners descending the switchbacks on the final mile. Our group of runners all have distinct gait patterns, arm swing, limps, etc. and we can spot each other from quite a distance! We watched as the clock neared the cutoff of 8 and a half hours. Shauna and Erica should be coming any minute. We spotted Shauna in her orange hat, but that did not look like Erica in front of her. Well, Erica will be right behind her, we were sure. 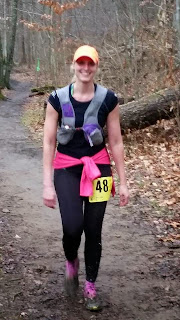 We cheered Shauna on to finish as she announced "That's it. I'm the last runner! ". Jason immediately responded, "Well, where's Erica?". There was obvious concern on Shauna's face as she explained that Erica should be 45 minutes ahead of her. They separated at around mile 16 when Shauna didn't feel well and decided to take a significant walk break. So, where was Erica? The sweepers followed Shauna into the finish and said that they did not see anyone else. One of the sweepers was in charge of aid station 2 (about 7 miles from the finish) and confirmed that Erica did pass through that aid station.
We were still expecting Erica to come down the last switchbacks soon. Maybe she got off course briefly, but she would find her way back. She makes maps for a living, after all! It would be getting dark soon so we were becoming more worried by the minute. She did not take her cell phone since the signal was sparse. The volunteers at aid station 3 could not be reached to confirm if she had made it to that aid station. The park ranger and volunteers had driven some of the roads leading to the aid station and did not see or hear her.
A sound in the distance lead the sweepers off in the nearby hollow hoping to find her there. But, the sound was not replicated and the search in that area did not reveal her whereabouts.

So, now we had to go find her. The park ranger initially did not want "5 more runners lost", but who best to find her, but runners who are fit and can navigate trails? The plan would be to go the top of the last trail and start back tracking. We hadn't brought our nice lights and headlamps, not anticipating being out on the trails after dark, but the park ranger found a few household type lights and a volunteer loaned us one.
Mike, the race director, would accompany us since he was most familiar with the park trails. It was totally dark. We piled into the Suburban after putting our muddy trail shoes back on for the task. We headed up Middle Ridge Road. The road was in terrible shape. We slipped and slid in the deep ruts and ditches as the mud peppered our car. I had my window down in hopes to hear Erica and the mud quickly splattered my face! We all had some terrible scenarios of Erica's whereabouts and condition and they kept getting worse in each of our minds as the minutes and seconds passed. Was she unconscious and injured? Would she even hear us yelling? Did she have an asthma attack? Did some crazy mountain man kidnap her and have her in a trailer (with a basement)somewhere? It is amazing where your mind goes when you become scared and uncertain. It had been nearly 2 hours since darkness had fallen. Erica did not have a light.
We finally reached the top of the trail where we pulled off of the narrow road. We began walking down the trail, we blew my soccer whistle which had been hanging from the rear view mirror for 2 years. We had a small cowbell from a triathlon and began yelling. We had barely ran 100 feet, when we heard an echo "hello", "hello". Seconds later, Erica appears in the beam of our lights with a big smile saying "Guys, I am so sorry". We all nearly burst into tears! She said that she was fine and knew that we would find her! She took a wrong turn and then when she was able to navigate back, the course markings had been removed so she could not find her way. She had traveled over 38 miles!
We quickly loaded her up and slid back down the muddy mountain in the Suburban. 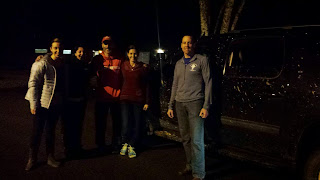 Erica is probably one of the most observant and attentive people who I know. And, also she is very smart (as I told those at race headquarters). So, if she can get lost, I know that could happen to any of us. Erica was correct in not feeling upset and knowing the we would find her! We were not leaving without one of our own even if it meant a helicopter with a spot light, search dogs, and a lumbersexual trying to find her (inside joke).
Thank you so much to the park rangers, Mike, Dan, Sara and the other volunteers/sweepers! This is a Shatwell Adventure that will not soon be forgotten! 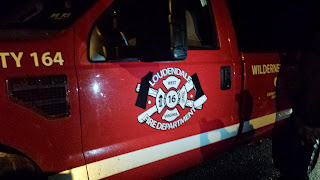 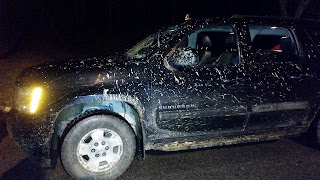 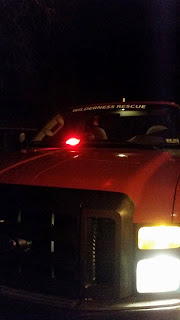