The first year was a success after being pulled together on short notice. Year two we came back determined to make the Challenge bigger and better, and we succeeded! Entries nearly doubled to 89, and 80 solo runners and two relay teams toed the line on July 12, 2014 and ran a total of 2,860 miles on the rugged Central Trail. In the men's race, Brad Hinton led from the start and defended his title in dominating fashion, matching last year's total of 65 miles completed. Chris McIntosh was hot on his heels for the first 20 miles, before Brad pulled away to his impressive victory. Peter Jetton ran strong and steady all day, moving into second place for the ninth and tenth loops. Chris reeled him in on the 11th loop and they had a sprint to the line, with McIntosh narrowly edging out Jetton. All three men, along with Bernard Pesjak, Jonathan Loewus-Deitch, Jason Farr, and Aaron Hastings became members of the 50 Mile Club, earning pint glasses. 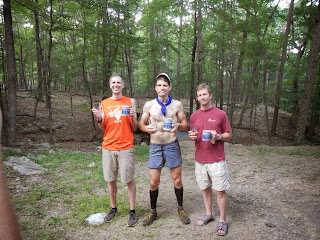 The women's race was a tight one. Braden Reid had the lead throughout, but found herself clinging to a slim margin over Jana Snider in the middle part of the day. Eventually Reid's relentless pacing won out and she became the women's champion and also joined the 50 Mile Club. Snider held on for second place and Amy Formica was third, finishing 45 miles about 30 minutes after Jana. Team BAMRs (Bad Ass Mother Runners) (Gene Lewis and Katie Thompson) took the relay title with 50 miles in 10:14. 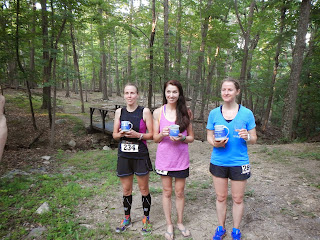 Congratulations to all of our runners and thanks for doing the race! This format is unique as the runners get to see each other and their crews many times through the day, and it's really cool to watch the budding camaraderie as the race wears on. Our volunteers were once again amazing and we couldn't have done it without them! Some of our biggest volunteers are our three children, running and racing is a family affair with us! They made PB & J sandwiches, stuffed packets, worked the aid station, ran the timing computer at times, and our ten year old Jillian even jumped in as a pacer for 7.5 miles late in the race! Thanks to Baltimore Street Grill for all the great food and to Hammer Nutrition for all of their support! And thank you Cacapon State Park and our liaison Renee Fincham for hosting our event! We'll announce next year's race date in a few months and plan to be even better in 2015! Hope to see you there! 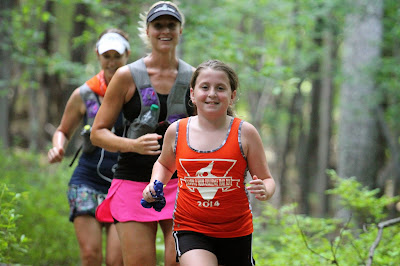 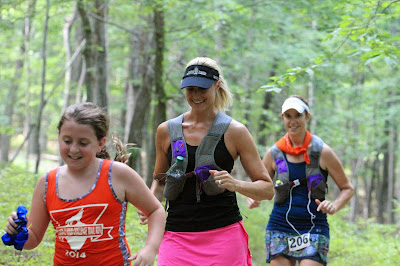 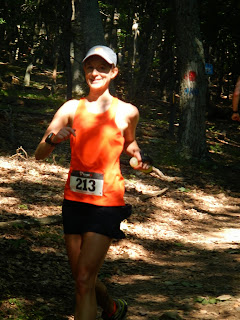 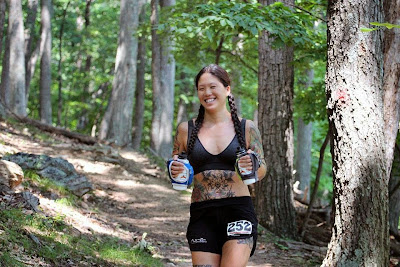 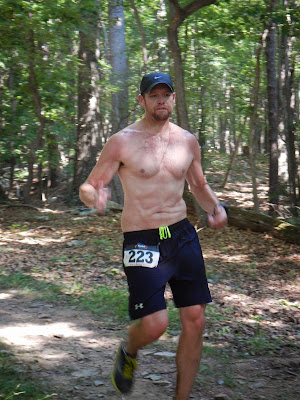 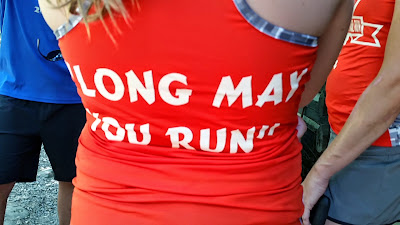