We were humbled and honored to organize and host the inaugural Cacapon 12 Hour Trail Challenge Trail Run! For many years we had pondered organizing our own event, and had always thought that Cacapon State Park was a hidden gem that would be an ideal site for a race. After a chronic knee injury hit critical mass, requiring surgery and bringing my hardcore training and racing days to a premature close, I was searching for another outlet for my running passion and energy. With Mary Jane's encouragement, we embarked upon the goal of putting on a quality trail race with only three months' notice. I was unsure if we would be able to pull it off, but when it was all said and done, it went off without a hitch! 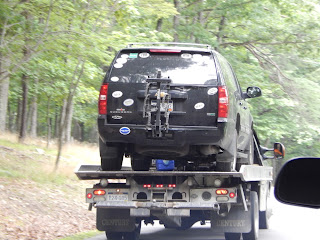 OK, well maybe we shouldn't quite say that, because there was a hitch involved. When we exited our cabin two hours before start time, we found our Suburban, loaded to the max with race supplies, with a flat tire! We quickly reloaded to another vehicle and the race started promptly, but AAA decided to hitch up the Suburban and tow it later in the day after an unsuccessful attempt to fix the tire. Luckily it was ready the next morning to make it back home and to work. 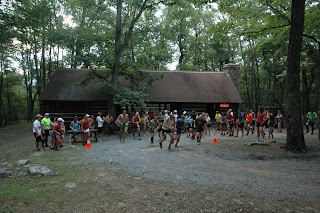 As expected, Brad Hinton established the early lead, and his relentless effort over the next 12 hours brought him the victory with 13 loops (65 miles) covered. Brad faced a stiff challenge from Paul Peters, who had a successful return from injury with a strong performance of 60 miles. Tom Dekornfeld, age 60 was a machine all day long, logging nearly a mile per year of age as he finished third with 55 miles. On the women's side, the lead changed hands a few times. Issy Nielson took control of the race early and achieved 40 miles in under 9 hours before calling it a day. Sheri Fiolek and Mary Beth Strickler were hot on her tail and took advantage of the full 12 hours to both finish with 50 miles, with Sheri getting the nod by less than 30 minutes. Relay team The Tortoise and The Hare took the title in that division, completing 50 miles in 9:34. 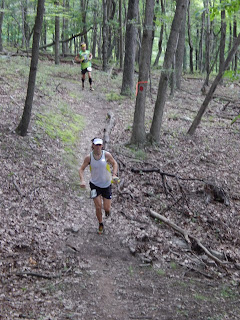 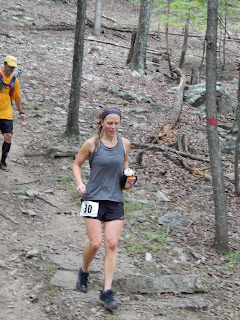 It was a warm and humid day. The trail was very challenging, perhaps a little more than most runners expected. We were very impressed by the tenacity and fortitude of the runners, as many of them persevered late into the day to get the most out of themselves. The 48 solo and 4 relay runners covered 1675 miles, averaging over 32 miles apiece! The volunteers were amazing as they tended to all of the runners' physical and emotional needs throughout the day. The loop course and small field made for a very encouraging and positive atmosphere, and we really enjoyed seeing the camaraderie amongst runners, spectators, and volunteers build as the day wore on. As first-time race directors, we consider everyone who took part at Cacapon to be part of our extended running family, and all you runners and volunteers will always hold a special place in our hearts. Thanks for making the Cacapon Challenge such a memorable day! Thank you so much to Mary Jane for her unwavering support and her determination that we could pull this race off and make it something special in a few short months from conception to reality. Our reviews have been overwhelmingly positive, and we appreciate that so much! Good luck in your upcoming races and events! We plan to be back bigger and better in 2014 and hope to see you there! 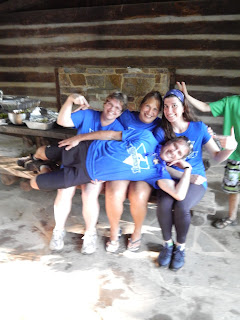 Our volunteers were second to none! 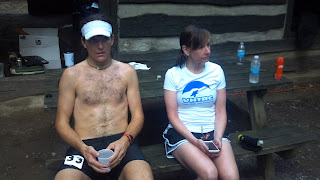 Brad is gassed after 65 miles. Kate is thinking the only thing that could make this day any better is if someone would dump a pitcher of cold water on her! 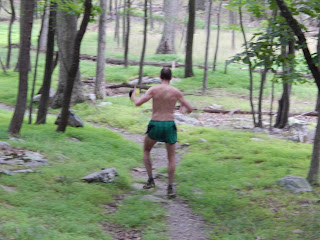 Joey made the 50 Mile Club! 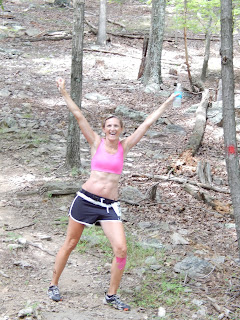 Erika was one of many who knocked out their longest run EVER at Cacapon! 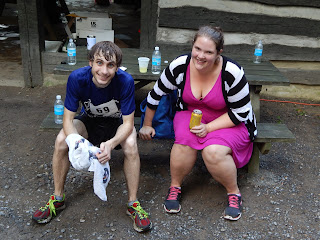 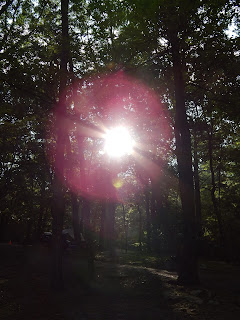 As the sun sets over Cacapon Mountain, there are still many runners out on the course getting that final loop in! 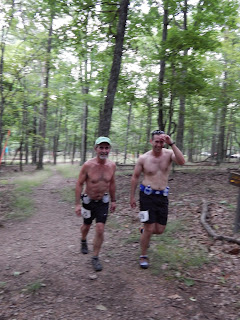 Father and son Pete and Elijah, we had lots of family connections out there! 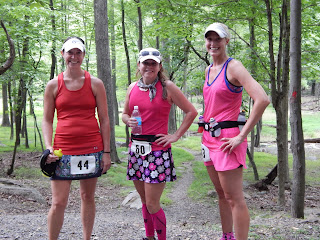 Most of our runners never stopped smiling all day long! 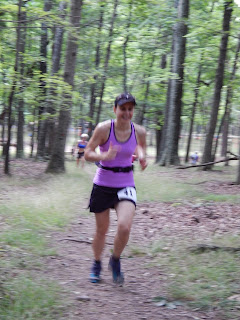